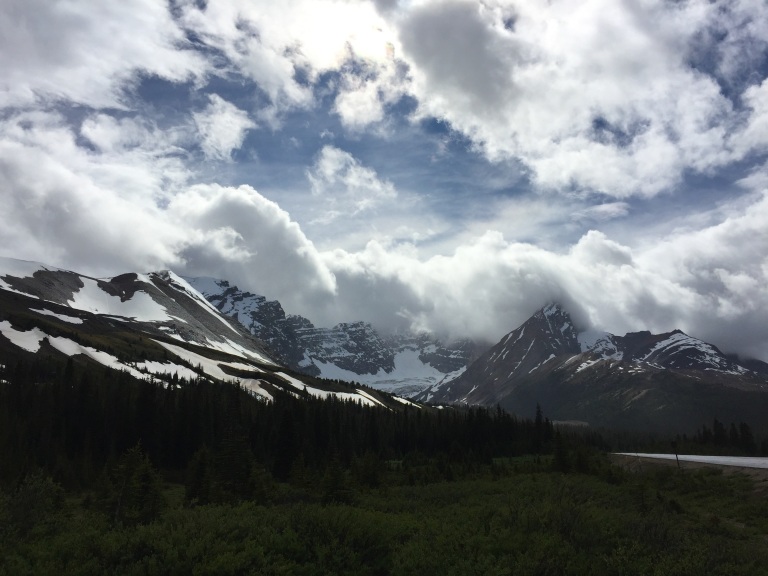 Recently I have noticed a number of things, some little and some not so little, that I find a bit disturbing. When I first started noticing some of these things I thought maybe I should make a post about them, but ultimately I decided not to as the intent of this blog is to share my awesome adventures not to rant.

Our summertime outdoor adventure season is in full swing, I have been out on the water so much that I have lost count, I may have to sit down with a calendar and think real hard about it to get an exact number. I have met so many awesome people this year that are new to the sport of whitewater kayaking and just learning as well as seasoned paddlers that are sharing their knowledge and experience with us and helping to coach us into better paddlers.

Courtesy of the Beginner Development Program (BDP) that we are taking, through a club in Edmonton called United Albertan Paddling Society (UAPS), we have gotten to explore new rivers within the province while growing our skills. Which has been an awesome experience to date!

In order to make our way out to these, often remote, locations we have been doing a lot of driving. Which is where I have come across several of these small issues, from people speeding up when you try to pass them to the guy is who has to keep doing 120 in the 50 zone through the Icefields Parkway. Geez people, we are all in this together and in order to stay in this together, it would be a lot easier if you weren’t trying one up everyone. Give it a try; use your indicator, do the speed limit, let the guy pass you, the worst that will happen is that it will add 5 minutes to your trip. If you’re lucky you may even get a wave…

Speaking of waving, what has happened to this time honoured tradition in which we thanked other motorists for letting us in? It has become so rare that I feel the need to wave back every time I get a wave, as my way of saying thank you for thanking me. We are all in this together people! Give a little wave, make someone’s day.

While we were in Jasper we were lucky enough to get to see and experience the local wildlife. In all the years that I have been going out to the mountains, I have never seen so many bears as I got to see that weekend, which is awesome and amazing. The unfortunate part is that instead of giving bears space and respect that they need many tourists feel the need to get as close to them as possible. This is not fair to the bears, they are the ones that will pay for our misdoings.

All of the bears we saw were near to the road, on back roads mind you, but still along the roadways nonetheless. We would be on a single lane road, surrounded by sheer cliff on one side and forest on the other where mother bear and her cub would be foraging for berries and other tasty morsels alongside the road, only to have cars stop not 20 feet away from them and people start to get out of their vehicles to take pictures as close as possible to the animals.

When bears start to seek out humans for their food, because they have been fed on the highway or because some careless camper has left a mess at their campsite or has left their cooler out while they are away, they are the ones that are punished for associating food with humans, not the humans for creating the association.

There are approximately 961 grizzly bears in the Alberta Rocky Mountains at present, the prairie grizzly bear is now extinct due to human intolerances, hunting and rapid agricultural conversions of their habitats. The Grizzly bears biggest threat is humans!

We need to give these animals the space and respect that they deserve, when you see one on the highway slow down, stop if you absolutely must; don’t create a bear jam, not only can it create a stressful situation for the bears but also fellow travellers, and never ever ever ever get out of your vehicle! We are all in this together, people and animals alike. Don’t create a situation in which a bear or another wild animal has to pay for your carelessness.

Our water is a precious thing, we are very lucky to have as much of it as we do and to have as much access as we do. Last year we went on a trip to South East Asia and as part of our tour we had an overnight ocean cruise in Halong Bay. It was a beautiful place with hundreds of small islands surrounded by emerald green ocean.

Once on our overnight boat, our guide advised us to be very careful of any trash that we may have, to ensure that it didn’t end up in the ocean, this seemed like common sense to me. While he was stating this, along with other guidelines for the boat trip, I noticed a boat next to us traveling in the same direction. The staff on this boat was in the process of throwing plastic bags of trash out the stern door into the ocean behind the boat. I was shocked and horrified, I grabbed my partner’s arm and pointed it out to him, and asked him if he was seeing the same thing as me, I just couldn’t believe it! On closer inspection of the water it was riddled with trash, plastic bags everywhere, how can anything survive this torture?

More recently a group of friends and fellow paddlers headed down to our local river access, known as the “Eddies,” for some practice and a short run within the city. Once we got our boats into the water we were discussing practicing some rolling, but we all had the same thing to say, “not here, it is disgusting.”

Our local waterways are typically fairly clean, especially for a city of over 1 million people. This was by far the worst any of us had seen it, there was discarded Slurpee cups, plastic lids, and straws, cigarette packaging along with other random waste and a half eaten watermelon, not just a slice, but half a watermelon. I was instantly reminded of Halong Bay. There is no excuse for this, this park is lined with garbage bins, all the city parks, and pathways are.

We are all in this together, we are all sharing this planet together; whether we all like it or not, we need to work together to save it and fix the things that our carelessness has caused. Do your fellow human beings a favour today, pick up some trash when you’re outside, use your indicator while you are driving, wave when someone lets you in in traffic, watch wildlife from a distance.

Remember, we are all in this together!

All images are ©2016 Amanda Gibson Photography

One thought on “We’re All In This Together!”